When Kim Constable envisioned her online bodybuilding platform – The Sculpted Vegan – she knew that she was entering a space overwhelmingly dominated by and targeted at men.

Kim had no real following on social media, no connections, no investors, and no apparent prospects.

Undaunted by circumstances that could easily lead many into a doubt spiral that might end in premature defeat, Kim sketched out a plan on her kitchen table, scraped together some funds, and set in motion a crazy idea that would become a wildly successful business.

As a 38-year-old vegetarian yoga-meister and mother-of-four, living in her native Belfast, Northern Ireland, Kim spent some time in the room of mirrors and decided her body was not everything she wanted it to be.

Never shy of hard work and having embraced the rigors of childbirth, she had maintained the lean look of a yogi, surviving on just 1200 calories a day for many years. She was fit – winning her first bikini athletic competition at 37 years old, after only 12 months of training – but she started to notice her skin was getting a little loose, so she made up her mind to become a competitive bodybuilder.

“I was too thin,” and the only way to get the tone back into my skin was to build muscle to fill it in,” she said.

“While I was growing up, my dad subscribed to bodybuilding magazines and I had always admired the power behind those incredible physiques.”

You Are What You Eat

Kim had maintained a vegetarian diet for about 16 years but decided to go full vegan a year before making the decision to train as a bodybuilder.

“I’d read a book called The China Study, that showed a direct link between animal protein and cancer, so I decided that being fit and healthy into my old age was more important to me than eating cheese,” she said.

There was, however, one problem: her trainer explained that he couldn’t help with the nutrition side of her program because he had no experience training vegans.

Kim set about researching and reading up on nutritional sciences to find a balanced diet for vegans who wanted to get ripped. Her nutritional plan continued evolving to suit her training needs as she began to see favorable results.

She says a common misconception about veganism is that bodybuilding becomes impossible when you cut out animal products. Muscle gain is facilitated by sufficient protein intake and the most abundant sources of organic protein include meat, poultry, fish, dairy, eggs, and other animal products.

“While vegans may have a harder time building muscle, it’s still totally doable if a person follows a properly planned diet. Tempeh, tofu, seitan, and sunflowers are incredibly lean sources of plant protein and should form the basis of a vegan bodybuilder’s diet,” Kim said. 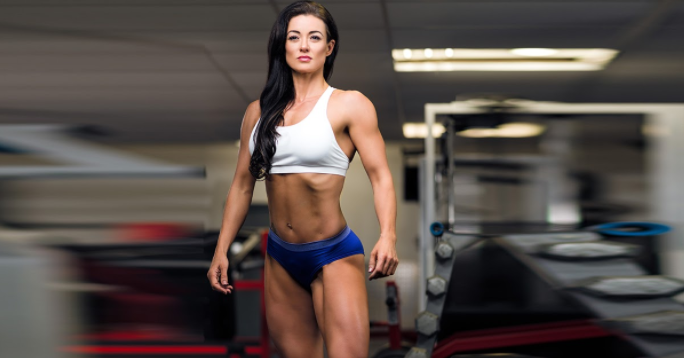 “Growing up I always wanted to be successful, like very successful, and I had a wealth of experience in everything from internet marketing, business, health, and wellness, so I set out to create The Sculpted Vegan to help regular people who wanted to build amazing bodies,” she said.

Most people in business go about it all wrong, she says.

“They focus on trying to find more people for their programs, instead of more programs for their people – from the outset, I focused on supporting and serving my people more than I focused on finding more customers. This wasn’t a strategy, it’s just who I am,” she said.

“It’s hard, and I tell people that right upfront. I tell them, don’t buy my program unless you’re willing to put in the work.”

Kim relies on rigorous time management skills and self-discipline to do what she does.

“I have a husband and four kids who are home-schooled. If I commit to training five days a week, I do it. If I say I’m going to make a million dollars from my business, I do it. There’s nothing easy about it, that’s why I love the tagline, ‘Nobody cares, work harder’, because there is no room for excuses. Complain away, nobody cares. I believe that there’s a direct correlation between discomfort and success.” 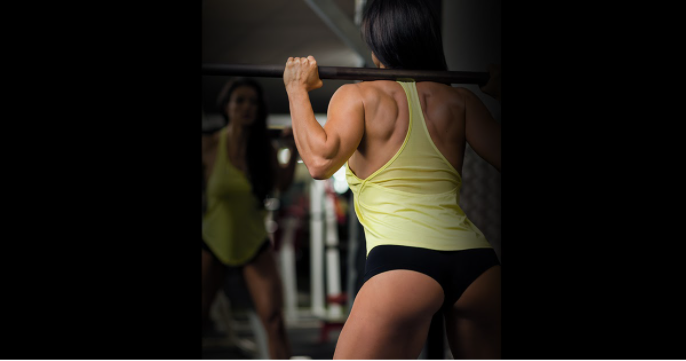 Kim is a role model for hundreds of thousands of women. After recording her own workouts and following a vegan diet she achieved her goal of standing on stage as a competition bodybuilder a year after starting her training regime. In the first year of launching The Sculpted Vegan made its first million dollars. That, Kim says, is only the beginning. Her goal now is to make a billion dollars.

Kim Constable’s advice is simple, and she has no time for victims: “If you make up your mind to do something, it takes work, consistency, and discipline.”

These are the hallmarks of her success … she doesn’t try to make it look easy.

“Anyone can achieve anything they want but you can never let yourself off the hook,” Kim says. “Too many women sit home fat, unhappy, poor, medicated, and full of excuses. To be successful you must dedicate yourself to hard work, and it has to be consistent.”

She says: “I really love coaching. Based on The Sculpted Vegan’s success, I want to coach more women in business. I set up a private Facebook group last year that made more than $500K in its first seven days of opening. I closed it after seven days to concentrate on a small group of people who wanted to learn, and I’ve coached them in that group for six months. Empowering women to be successful is something I take very seriously.”