You may not notice it at first glance, but when you look at Tigerlily Hill you are also looking at an immense collection of talent and diversity. Miss Hill’s multi-talented and multi-faceted nature has earned her global acclaim in the fashion and business spheres.

Roots that Run Wide and Deep

Thanks to the nature of her parents’ professions, Hill has had rich first-hand experiences of world cultures, having lived in Jamaica, the Cayman Islands, Toronto, London, Bermuda and Jamaica among others.  Thanks to her ingenuity and natural talents, this multicultural experience has been transformed into an inspiration for a fashion and entrepreneurship career that has seen tremendous growth.

Tigerlily Hiss has a strong academic foundation, having completed several courses of study at the tertiary level. Her academic pursuits resulted in her attaining a first degree in Business Administration with a focus on finance from the American University in 2003. Additionally, she studied apparel manufacturing in London.

A Powerful Brand Backed by Substance

Hill has created a larger-than-life personality through her many public appearances and engagements. Perhaps the most glamorous of these was her appearance on the American television show Glam Goddess. The show, which was aired by VH1 and hosted by Vivica A. Fox, was designed to showcase fashion designers’ skills through competition. The competition required each designer to conceptualize and create ensembles for their clients. These ensembles were then evaluated by a team of the industry’s experts. Hill’s talent shone through propelling her to second place position when the season closed.

A creative genius, Miss Hill has wowed audiences around the world with her talents as a stylist and designer.  Hill’s designs have found favour with some of the world’s biggest stars. Movie stars like Hillary Duff and Keira knightly triggered a firestorm of interest in Hill’s work when they were photographed wearing her blouses. Hill has designed and styled for the best of the best in Hollywood among them Kat Sadler, Taryn Manning, Haley Bennett and Maria Menounos.

As a celebrity wardrobe stylist, Hill created show stopping looks for numerous movie stars and musicians. She has planned and managed wardrobes for grand Hollywood occasions and managed to leave the world in awe in the process. 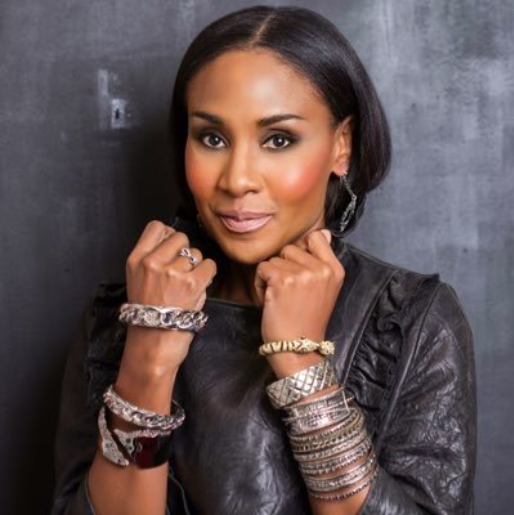 Hill is also an immensely successful entrepreneur. Her fashion line Crown Atelier has found success as fans from the celebrity and regular worlds gravitate towards her creations. Her astute sense of business has also helped the fashion line thrive. Hill has managed the business side of things expertly, expanding the reach of the brand through ecommerce strategies as well as traditional corporate strategies. Her brand Crown Atelier has found its way to some of the most exclusive clothing stores in the world. Stores like Georgetown’s Arabus Boutique are exclusive carriers of her line.  Additionally, she has established her own distribution through stores such as her online platform and physical store.

Tigerlily Hill is also involved in other corporate ventures. She has been a partner and vice president in the talent development and management company, Nothing But Net International since 2019.

Hill credits her success to a number of factors including; her uncanny ability to predict fashion trends, her ability to develop and use her network and bring international fame to her name and brand and her multi-cultural life experiences.  She also highlights her mom as one of her chief motivators, urging her towards excellence even when they are apart.

Clearly, this multi-faceted global citizen is unstoppable. From the glamourous world of fashion to the demanding and competitive corporate environment, Hill has dominated and found success.